Looks like his personality made up for his lack of height!
Yesssss for Taylor

"I'm very happy to announce that Taylor Lautner will be playing Jacob Black in New Moon and that he's doing so with the enthusiastic support of Summit Entertainment, the producers, and Stephenie Meyer.

The characters in Stephenie's books go through extraordinary changes of circumstance and also appearance; so it is not surprising that there has been speculation about whether the same actor would portray a character who changes in so many surprising ways throughout the series. But it was my first instinct that Taylor was, is, and should be Jacob, and that the books would be best served by the actor who is emotionally right for the part. I think that fans of Twilight the book and the movie will be surprised by the Jacob Black that Taylor will bring to the screen in New Moon; and I'm looking forward to working with him and the rest of the cast in realizing the film.

You shouldn't post things on the News forum. You need to give it to a moderator and have proof of what you say so that they can post it on here for other TTF memmbers to read. 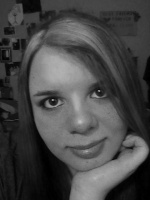 Thank you for sharing this with us, but next time, please send the information and a link to a staff member. However, I do know that this is legit and will keep it here.

NEW MOON IS GOING TO BE AMAZING NOW! 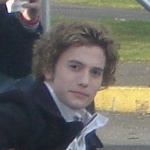 I seriously wasn't going to want to see it if Michael ended up playing Jacob, Taylor brought Jacob to life and just to rip his part away from him just because he wasn't "Big enough" sounded completely rediculous.

He deserves to keep his roll just like anyone else does..i mean, that would be like re-casting Kristen Stewart as Bella, even though she wasn't really my first choice, she did a pretty amazing job. It'd also be like them re-casting Edward...it just wouldn't work.

The cast bonded during the filming of of the first movie, so you know that they weren't going to let them get rid of Taylor that easily. He's perfect for the part because Jaob's in most of new moon..and I don't think I'd like seeing Jacob played by anyone else.

Taylor played Jacob well in Twilight, but he's a much more
significant character in the other books
and I'm not sure if I'm happy with the choice for
New Moon. He'll have to gain a lot more maturity for the part...
But I'm sure SM won't let her books be violated.
After all she does have a say in the
making of the movie.

Haha Did anyone see the interview for Taylor when he showed his abs and muscles?? LOL!

zac_black13 wrote:Haha Did anyone see the interview for Taylor when he showed his abs and muscles?? LOL!

Yay Yay Yay YAy
Okay I already knew this but it still makes me happy. I love that they came to their senses and saw that there was no better Jacob than Taylor.
I know many people aren't happy about this but you have to give him a chance. He's really working hard to be a great Jacob. I might be bit biased by saying all that but I believe it all to be true.

So I love this piece news. 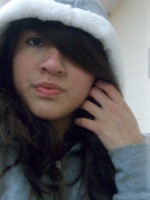 Yayyyyyyy i hate it when they replace people in movie
sequels and i think Taylor is a prefect Jacob..

stef.. wrote:Yayyyyyyy i hate it when they replace people in movie
sequels and i think Taylor is a prefect Jacob..

stef.. wrote:Yayyyyyyy i hate it when they replace people in movie
sequels and i think Taylor is a prefect Jacob..

Not to me.
Steven Strait is
BUT MIMI PREFERS TAYLOR OVER MICHAEL ANY DAY -.-

"I'm very happy to announce that Taylor Lautner will be playing Jacob Black in New Moon and that he's doing so with the enthusiastic support of Summit Entertainment, the producers, and Stephenie Meyer.

Thank you for sharing this with us, but next time, please send the information and a link to a staff member
Bet on the NFL
betting online


Dejan Stankovic and Diego Milito celebrate Inter's opener
Under-fire Inter Milan manager Rafael Benitez saw his side clinch their place in the Club World Cup final after a 3-0 win over Seongnam Ilhwa in Abu Dhabi.
The European champions had won just two of their last nine games before flying to the Middle East, putting Benitez's future at the San Siro in doubt.
But goals from Dejan Stankovic, Javier Zanetti and the returning Diego Milito overcame the Asian champions.
Inter will meet Africa's TP Mazembe, from DR Congo, on Saturday.
Inter were boosted by the return of Argentine striker Milito following a five-week absence, as well as Brazil international goalkeeper Julio Cesar and Romanian defender Cristian Chivu for the semi-final at the Sheikh Zayed Stadium.
The Italian champions have suffered 42 separate injuries already this season - the highest number in Serie A - and are seventh in the league with 23 points, 13 behind leaders and city rivals AC Milan.

PIERS EDWARDS' BLOG
Like many a sleeping giant, the story of TP Mazembe's return to the top, and then beyond, is one of an incredibly wealthy childhood fan who is happy to plough his millions into the club
Inter president Massimo Moratti has backed Benitez but the Spaniard is aware of the speculation surrounding his future.
"After 25 years as a coach, eight trophies, five finals and two promotions, I know football can be like this," he said after the victory.
"I have confidence in myself, in my staff. The only thing I can do is keep working, don't read the press and hopefully I will enjoy the final."
Inter suffered an early blow when influential attacker Wesley Sneijder sustained what looked like a hamstring injury inside the first minute against Seongnam Ilhwa.